At the age of 77, Susie achieved what many people far younger than her never thought possible. If there’s one thing that her story proves, age is nothing more than a number.

As we get older, our bodies lose the vibrant energy they once had. The things we used to take for granted need a lot more effort, and become much harder to complete. Because of this, our quality of life goes down, and we feel as though our bodies are giving up on us.

In addition, health issues slowly start to creep in. It’s not uncommon for seniors to suffer from more than one health problem at once, and this can go to the extent of ruining their everyday life.

Even though you can’t reverse aging, there are more things that you can do to keep feeling healthy and energized than you might think.

For many seniors, the keto diet is the way to go. Because of its power to improve your everyday life and even reverse some health issues, it can help you live a longer and more fulfilling life. This is what Susie was able to achieve with the diet.

By the time she turned 77, Susie had started feeling the effects of her long years of poor health. For 22 years prior, she’d been struggling with type 2 diabetes. If you know anything about it, you know its impact on the patient’s entire life.

But this wasn’t Susie’s only problem. She also had asthma since childhood, which made physical activity quite hard. Worse yet, she also suffered from hypertension and various types of pain.

Her lower back pain especially bothered her. It was so severe that she couldn’t even walk for a couple of minutes before giving up. Whenever she had to go outside, she’d have to make sure that there were electric carts that she could use.

But Susie wasn’t ready to give in to all her problems. On the contrary, she wondered how she could live as long as possible. She wondered what would happen if she was able to make it to, say 93 years of age.

Of course, she didn’t only want to live a long life but a fulfilling one at that. She didn’t want to spend the rest of her life suffering from various debilitating conditions, such as the ones that were troubling her. Aside from living a healthy life, she wanted to lose a few inches from her abdomen. To do this, she had to find the right diet.

She experimented with various diets to no avail, but they only made things worse. One of the new foods she tried even worsened her insulin resistance, and she had to go from 45 to about 52 units of insulin per day.

But then she discovered the keto diet, and everything changed. In a nutshell, the ketogenic diet forces your body to use fats instead of carbs as energy. This new mechanism can bring a plethora of health benefits, and Susie felt them.

In the beginning, the results weren’t anything special. Over the first few weeks, her weight fluctuated between 178 lbs and 182 lbs.

But she felt from the get-go that she wasn’t hungry anymore. Before starting the keto diet, Susie was feeling hungry all the time. But from the moment she went keto, her hunger between meals went away.

Soon after she started the diet, Susie couldn’t believe the results. As time went on, she started feeling better and better. After about four weeks, she stopped feeling bloated, which was an issue that troubled her for a long time.

What’s more, her blood sugar reading was better each time she had it checked. She used less and less insulin until she completely weaned off of it in 30 days.

But the best was yet to come. After about eight months, her chronic pains completely went away. She’s feeling more energized than ever. Activities that were once unimaginable have become effortless again. As for her weight, Susie managed to lose 30 pounds. The keto diet was the first dietary change that took inches off her abdomen.

To say that Susie is in love with the results would be an understatement. And why wouldn’t she be? At the age of 77, she feels better than she remembers feeling in a very long time. Both her health and appearance have changed for the better.

If you ever thought that your age was preventing you from achieving your goals, you can take heart in Susie’s story. You might also want to know how she managed to get the most out of this diet. Let’s take a look at some of the best tips for taking advantage of the keto lifestyle.

How Can You Implement the Same Principles as Susie?

The beauty of the keto diet lies in the fact that it’s not a one-size-fits-all solution. Instead, everyone can adapt the diet to their lifestyle and experience a different set of benefits.

While your exact diet will depend on your current lifestyle and goals, here are some general guidelines to follow:

Don’t Let Your Age Be an Excuse You can’t change the number of years in your birth certificate. But who’s to say that you have to feel your age? If you ask Susie, she’ll tell you that she doesn’t feel her 77 years on this planet. She’s living a more active and balanced lifestyle than many people far younger than her.

The keto diet won’t reverse the aging process, but it can fix at least some of the issues that come with it. The last thing you want to do is give up because you believe you’re too old to change. When in doubt, turn to Susie’s story, and you’ll get all the motivation you need. One of the best things about the keto diet is that it’s among the least restrictive diets out there. Unlike most other diets, it doesn’t require you to count calories.

Instead, its main focus is on the structure of your daily calorie intake. By creating the right ratio of macronutrients, you can eat as much food as you need and still lose weight. This is the main reason why Susie doesn’t feel hungry while being on the keto diet. The keto diet is about much more than eating fats and protein. Also, you need to be very careful when choosing the sources of these nutrients.

For seniors, your body is more prone to inflammatory reactions. Various foods might seem keto-friendly, but they can do more harm than good. As a rule of thumb, you should always go with the meat of pasture-raised animals or wild-caught fish. Make sure that your foods are as fresh or unprocessed as possible. 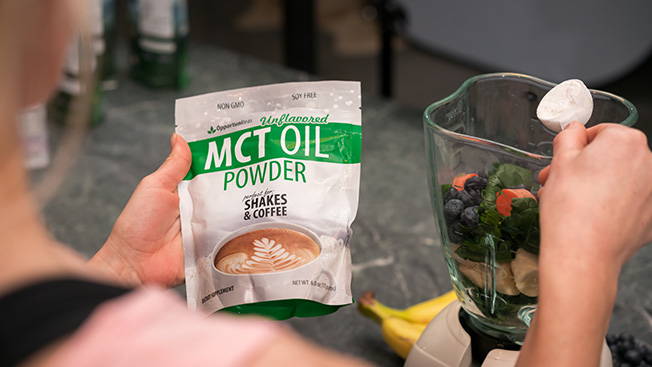 Because of the nature of the keto diet, MCT oils play a vital role in the way you prepare your meals. It’s necessary that you only go with healthy oils such as avocado and extra virgin olive oil. These are full of healthy fats and compounds that can do wonders for the way you feel.

Susie’s story serves to prove all the naysayers wrong. If a 77-year older woman can bring that many positive changes to her life in a few months, it’s clear that age doesn’t play a role here.

There are many things you can do to live better. As you can see, the keto diet is one of them. Its health benefits are numerous and can make you feel fitter than you did a decade or so ago.

Not to mention all the weight that you can remove in a short time frame. The keto diet is among the most effective weight loss tools out there, so there’s a great chance you’ll reach your goals.

All it takes is having a keto diet plan that works best for you, which is even more important if you’re a senior.

Contact us for a free 15-minute consultation. We’ll go over your current lifestyle, help you define your goals, and show you how to reap as many benefits of the keto lifestyle as Susie did.